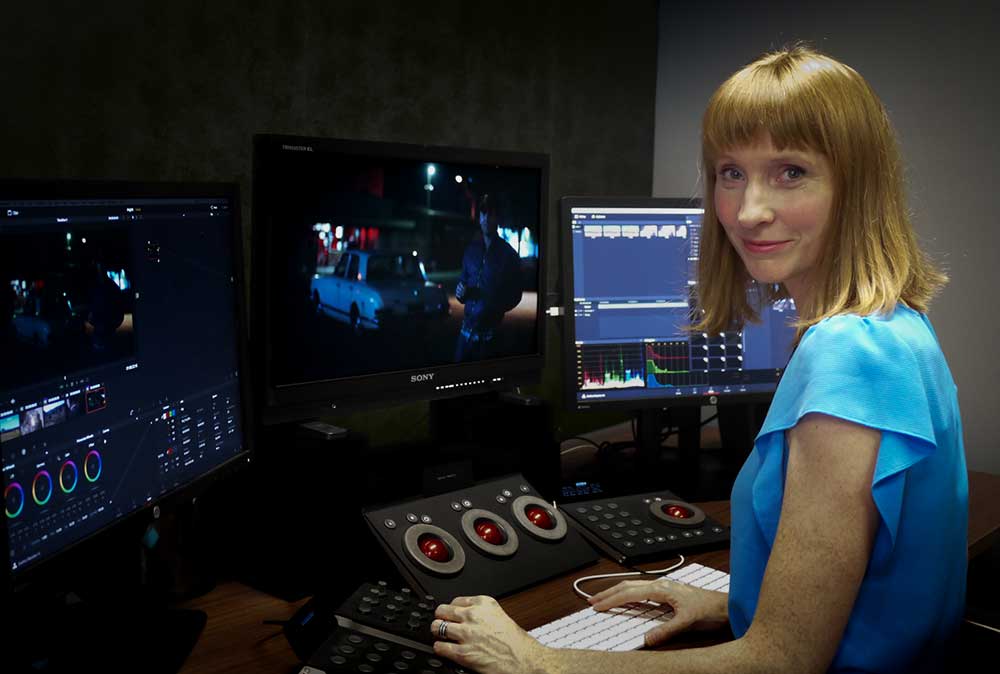 I have decided to do something a little bit crazy but really exciting to help the gender disparity issue in our industry. Free colour grading for female directors/cinematographers for 5 projects over the next 12 months. I have created a press release (ooo look at me go).. the details of which can be read here:

With the support of ZIGZAG Post, Angela is offering free colour-grading to five projects over the next 12 months. The projects must have a female director or female cinematographer attached, they can be long or short form for film, television or multimedia platforms, the proposed grading schedule must be flexible and the project must not have committed broadcaster funding. The initiative is targeted at working creatives and is not open to full-time students.

Angela says she was inspired to launch the initiative after navigating the choppy waters of parenthood and work and realising other women in the industry are in the same boat.

Angela Cerasi said, ‘As a working mother of two young children, I understand the challenges of re-establishing yourself after maternity leave and juggling the work life balance. I’m passionate about encouraging and mentoring women who are committed to chasing their dreams. I believe that by providing my specialist colour-grading services to female filmmakers, who may not have the resources to finance this aspect of production, I can make a difference and show my commitment to gender disparity.’

Rob Saroff, Co-Owner of ZIGZAG Post said, ‘When Angela approached me about her idea, I welcomed the chance to be involved. Already a major supporter of the For Film’s Sake Film Festival ‘Big Pineapple’ competition, this seemed like a great opportunity to further support women filmmakers. Angela is a hugely talented colourist and has elevated the production value across multiple projects tremendously. I commend Angela on her generosity and taking gender matters from a conversation to action.’